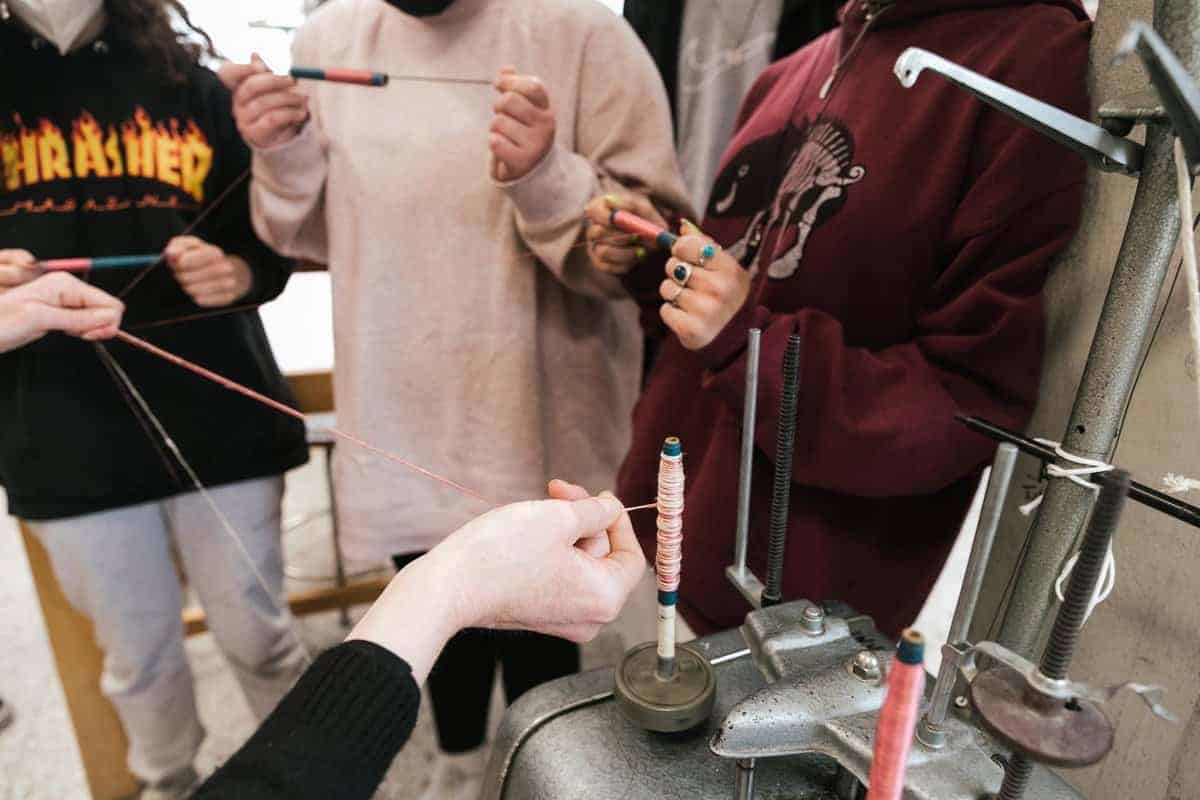 The project “Le parole e le mani” by the Bianco-Valente company is a participatory work that involved the entire community of Sansepolcro. The goal of the work is to create a new Palio for the Settembre Biturgense, a historical event held every year in the city. During their artistic residency periods, the duo had the opportunity to dialogue with the citizens and meet with the historic associations of Crossbowmen and Flag-throwers, and the Popular Theater Company. Starting with what was once the Palio della Balestra from the 1500s, Bianco-Valente’s project recreated a new banner representing the community of Sansepolcro, using everyday cloths donated by citizens. The weave of the fabrics was unraveled by the A Valley of Women Association and rewoven together by Giovagnoli High School art students. The new palio will be exhibited during the upcoming September Biturgense and presented to the winners of the competition.

The project “Le parole e le mani” is curated by art critic Pietro Gaglianò, developed with the support of Toscanaincontemporanea and Creative Living Lab, a call promoted by the General Directorate for Contemporary Creativity of the Ministry of Culture, and with the mentorship of Roberto Ferrari, director of the Galileo Museum-Institute and Museum of the History of Science in Florence.

The artists Giovanna Bianco and Pino Valente live in Naples, where they met in 1993. The poetics of the artistic duo is based on the observation of relationships and their complexity. They begin their journey by investigating the body-mind duality, the evolution of patterns of interaction between life forms, perception, transmission of experiences, and relationships through storytelling and writing. Since 2008, they have been curating with Pasquale Campanella the public art project A Cielo Aperto, developed in Latronico, Basilicata, pursuing the idea of working on the construction of an open-air diffuse museum, in which different permanent works dialogue with the mountain environment, and of intervening in the urban space with shared and participatory planning.