Each year a call is launched for individual artists and for emerging and independent companies working professionally in contemporary theater, dance and performing art. It is one of the few calls that does not place the usual age limits. In response to the call, about 300 performances arrive each year, each with a full presentation and video. In each of the cities involved in the project, a group of active spectators, citizens who are passionate about theater and dance, known precisely as “The Visionari,” is formed to review all the materials received. Each year the project involves more than 400 Visionari (in two cities there are groups of just under 100 people, in the others groups of 30-50 people). The different groups of Visionari work completely autonomously from the other groups and choose different shows for the programming of each of the institutions/theaters/festivals involved, for a total of at least 30 shows offered, all of which are paid by cachet. 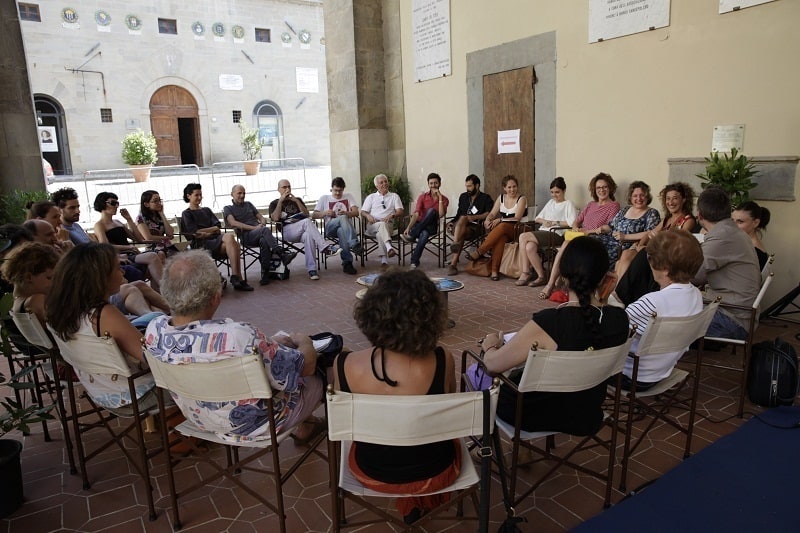